The Art of Tai Chi Chuan 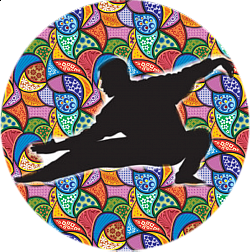 Gentle on the body, but aligns you for power

Tai Chi forms and Qigong sets can develop and balance energy that flows through your body. Consistent practice is needed to tap the effects.  Yang style Tai Chi Chuan is the most widely practiced style of the 6 officially recognized styles of Tai Chi Chuan.  After proper training, I found there'd be no way to learn this from a book or video.  Tai Chi Elements was established to bring the experiences of Tai Chi Chuan and Qigong to people interested in wellness, all ages, all levels.

If you are involved with a company, organization or community group that would like a demonstration, please reach out via email.

Please check with your physician regarding exercise and any medical conditions you have.  In-person training with an experienced teacher is strongly recommended.  This site and the owner of this site are not responsible for any injuries that occur because of viewing this website.